Since 1 April 2020, EHB is part of Cliniques universitaires Saint-Luc.

The Heart Valve Bank European Homograft Bank (EHB) was set up in 1989 as a non-profit organization in order to respond to the growing request of cardiac surgeons for quality controlled Cryopreserved heart valve allografts (aortic, pulmonary, mitral).

On May 11, 2015 EHB was taken over by the St-Jean Clinic asbl, as its integrated service and is located at the Méridien Site on Rue du Méridien 100, 1210 Brussels.

EHB activity is based on the cooperation of a large international network of procurement and implantation centres. Namely, the human body material source is recovered by the organ transplant teams or collaborating tissue banks and sent to EHB for processing and preparation of allografts, their quality control, cryopreservation and storage. On basis of the demands of the implanting surgeons from those (and other centres) EHB selects, allocates and distributes the appropriate allografts for their patients, on basis of the medical indication, state of emergency of the patient and the availability of the allografts.

During 28 years of its activity EHB has distributed about 10.000 allografts (about 7.000 valves and about 3.000 arterial allografts) mainly in Belgian, French, Swiss and German implanting centres, but also in other destinations, such as Croatia, Great Britain, Greece Korea, Luxemburg, Netherlands, New Zealand, Saudi Arabia, Slovenia, Serbia, Turkey, etc. For over 25 years, thousands of patients worldwide have benefited from the allografts delivered by EHB.

The main objectives of EHB are:

EHB is located on the 6th floor on our Méridien location. 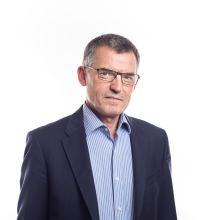